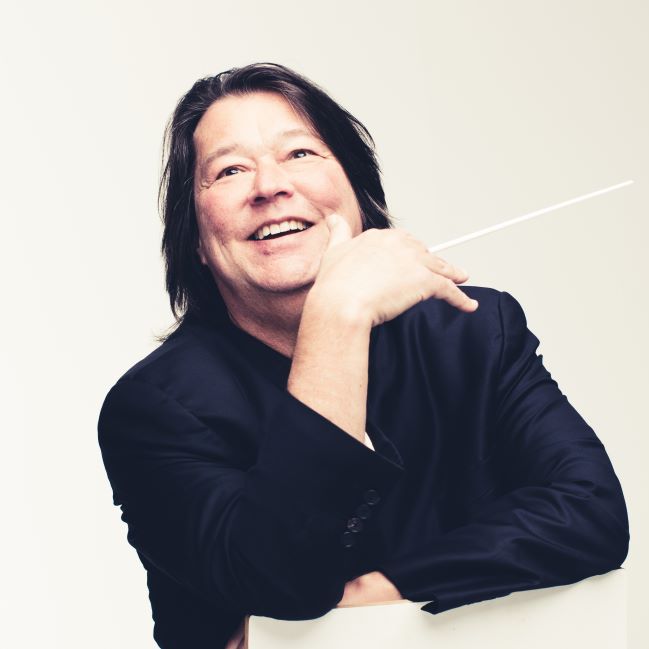 Joseph Swensen is Artistic Director of the NFM Leopoldinum Orchestra (Wroclaw), Conductor Emeritus of the Scottish Chamber Orchestra and Principal Guest Conductor of the Orquesta Ciudad de Granada. He has previously served as Principal Guest Conductor & Artistic Adviser of the Orchestre de Chambre de Paris (2009-2012), Principal Conductor of the Scottish Chamber Orchestra (1996-2005) and Principal Conductor of Malmö Opera (2005-2011). Recognized for forging solid bonds with orchestras, Swensen enjoys special relationships with the Orchestre Natinonal du Capitole de Toulouse of which he is the longest-serving guest conductor having celebrated 20 years of ongoing collaboration in 2022, and the Estonian National Symphony Orchestra.

As a guest conductor, the long list of orchestras the Joseph Swensen has been invited to work with includes the London Philharmonic Orchestra, the BBC National Orchestra of Wales, BBC Scottish Orchestra, The Orchestre National de Bordeaux Aquitaine, the Opera- Orchestre National de Montpellier, the Deutsche Radio Philharmonie, the Orquestra Sinfónica do Porto Casa da Música, Orquesta Sinfónica de Navarra, Orquesta Sinfónica de Tenerife, Estonian National Symphony Orchestra, Queensland Symphony Orchestra, Hawaii Symphony Orchestra to name just a few. During his tenure with the Scottish Chamber Orchestra and Orchestre de Chambre de Paris, Joseph Swensen and the orchestras toured extensively in the US, UK, Europe and the Far East. They performed together at the Mostly Mozart Festival in New York, Tanglewood and Ravinia Festivals, the BBC Proms, the Barbican and the Amsterdam Concertgebouw.

Before embarking on his conducting career in the mid-1990s, Joseph Swensen enjoyed a highly successful career as a violin soloist appearing with the world’s major orchestras and conductors, and making a number of notable recordings including Beethoven violin concerto with André Prévin and the Royal Philharmonic Orchestra and Sibelius violin concerto with Jukka Pekka Saraste and the Finnish Radio Symphony Orchestra, both on BMG Classics. A pioneer of the art of play-direct he created with the Orchestre de Chambre de Paris, the first ‘Paris Play-Direct Academy’ in 2011. Swensen extended the play-direct repertoire far beyond the classical period to include concertos by composers such as Brahms, Barber and Prokofiev. His series of recordings for Linn Records featuring Brahms, Mendelssohn and Prokofiev’s second concerto with the Scottish Chamber Orchestra were internationally acclaimed and recently republished as a boxset.

A multifaceted musician, Joseph Swensen is an active composer and orchestrator. His orchestration of Prokofiev’s Five Songs Without Words (1920) is published by Boosey and Hawkes and Signum recorded Sinfonia in B (2007), an orchestration of the rarely performed 1854 version of Brahms’ Trio Op. 8. His work also includes orchestrations of Nielsen G minor quartet, Four Movements for Orchestra (1888) as well as arrangements for string orchestras of Beethoven String Quartet op.131 and Debussy String Quartet, which he recorded with the NFM Leopoldinum. His compositions include a set of three sinfoniettas, Shizue (1995) for solo shakuhachi and orchestra, dedicated to his aunt, a victim of the Hiroshima bombing, Langeland Reveries (2017), and Mahler in Manhattan (2018), premiered at the NFM Wroclaw (Poland) in June 2022. His most recent work Saga trilogy, a set of three concertos for cello, viola and double-bass was composed during the pandemic lockdown and explores the human condition and its relationship with space and time. Already acclaimed for his interpretations of late romantic repertoire, having completed cycles of Bruckner and Mahler symphonies with Orchestre National du Capitole de Toulouse, more recently Joseph Swensen focused his attention on Wagner; he created “The Ring Odyssey”, a music journey through all four operas of the Ring Cycle in one evening which will be premiered in May 2023.

A sought-after pedagogue, Joseph Swensen is a Visiting Professor of conducting, violin and chamber music at the Royal Conservatoire of Scotland in Glasgow. An American of Norwegian and Japanese descent, Joseph Swensen was born in Hoboken, New Jersey and grew up in Harlem, New York City. 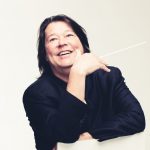 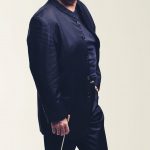 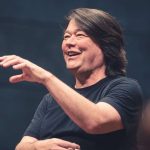 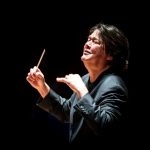 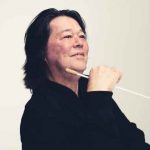 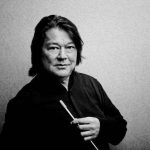