Simon Trpčeski has been praised not only for his powerful virtuosity and deeply expressive approach, but also for his charismatic stage presence.
Launched onto the international scene twenty years ago as a BBC New-Generation Artist, in an incredibly fast-paced career that encompass no cultural or musical boundaries, Simon Trpčeski has collaborated with over a hundred orchestras on four continents, including the London Symphony Orchestra, Philharmonia Orchestra, City of Birmingham Orchestra, Orchestre National de France, Royal Concertgebouw Orchestra, Deutsche Sinfonie Orchester Berlin and Dresden Philharmonic, while In North America, he is a frequent soloist with the Cleveland and Philadelphia Orchestras, the Los Angeles and New-York Philharmonic, and the San Francisco, St. Louis, Seattle, and Baltimore Symphonies. Further afield, he has he has performed with the New Japan, Seoul, and Hong Kong Philharmonics, and the Sydney, Adelaide, Melbourne, and New Zealand Symphonies. A much sought-after soloist, the long list of prominent conductors Simon Trpčeski works with includes Marin Alsop, Gustavo Dudamel, Cristian Măcelaru, Charles Dutoit, Jakob Hrusa, Vladimir Jurowski, Susanna Malkki, Andris Nelsons, Antonio Pappano, Vasily Petrenko, Robert Spano, Michael Tilson Thomas, and David Zinman. He has a particularly long-standing relationship with the Royal Liverpool Philharmonic Orchestra, further strengthened during the tenure of Vassily Petrenko. Together, they have recorded the monuments of the Russian piano repertoire, all four Rachmaninov piano concertos as well as the Rhapsody on a Theme of Paganini, for Avie, the two Tchaikovsky piano concertos and most recently Prokofiev piano concertos no. 1 and 3 for Onyx Classics.

An acclaimed recitalist, Simon Trpčeski has performed in major halls in New York, San Francisco, Washington, D.C., London, Paris, Amsterdam, Milan, Munich, Prague, Hamburg, Bilbao, Istanbul, Dublin, and Tokyo. Since his debut at Wigmore Hall in 2001, he has remained a regular guest of this prestigious venue, including a Residency in 2018, and with two recitals released on the Wigmore Live label. In chamber music, Simon Trpčeski regularly partners cellist Daniel Müller-Schott, and regularly appears as a chamber musician in festivals such as Aspen, Verbier, Risor, Bergen, and the Baltic Sea Festival
A natural music explorer, Simon Trpčeski is also committed to strengthening the cultural image of his native Macedonia. His latest chamber music project Makedonissimo is dedicated to introducing audiences world-wide to the rich traditional Macedonian folk roots. With the collaboration of composer Pande Shahov, it weaves into one unique sound world, the Macedonian folk music tradition with highly virtuoso, jazz-influenced riffs and harmonies. Since its successful premiere in Germany at the Ludwigsburger Schlossfestspiele, the project has travelled to Slovenia, UK, Poland, The Netherlands, France, Serbia, Montenegro and Romania with future performances scheduled in Russia, New Zealand and Australia.
Simon Trpčeski’s fruitful collaborations with EMI Classics, Avie Records, Wigmore Hall Live, Onyx Classics, and currently Linn Records has resulted in a broad and award-winning discography. His natural affinity with Russian composers of the 19th and 20th century is featured in seven CDs presenting works by Rachmaninov, Prokofiev, Stravinsky, Tchaikovsky, Scriabine, Mussorgsky and Rimsky-Korsakov. He has also recorded the music of Chopin, Brahms, Poulenc, Bach, Liszt and Debussy. His debut album received both the “Editor’s Choice” and “Debut Album” prizes at the Gramophone Awards in 2002. His Rachmaninov concerto cycle in 2010 and 2011 was Gramophone “Editor’s Choice” and also received a Diapason d’Or. The Wigmore Live CD of 2012 was The Telegraph “Classical CD of the Week.”
With the special support of KulturOp — Macedonia’s leading cultural and arts organization — Simon Trpčeski works regularly with young musicians in Macedonia nurturing the talent of the next generation of artists. In 2009, he received the Presidential Order of Merit for Macedonia, a decoration given to foreign and domestic dignitaries responsible for the affirmation of Macedonia abroad. In 2011, he became the first-ever recipient of the title “National Artist of Macedonia.”
Born in Macedonia in 1979, Simon Trpčeski is a graduate of the School of Music at the University of St. Cyril and St. Methodius in Skopje, where he studied with Boris Romanov. He was BBC New Generation Artist 2001-2003 and in 2003, was honored with the Young Artist Award by the Royal Philharmonic Society. 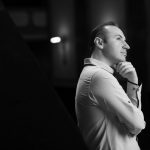 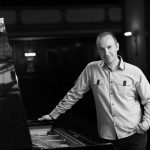 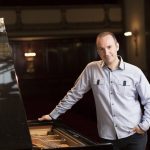 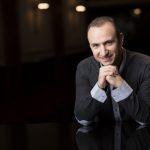 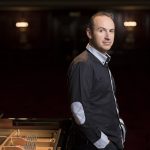 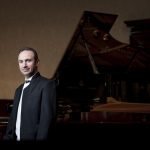 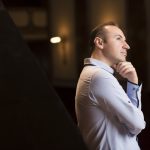 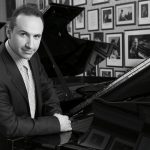 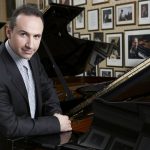 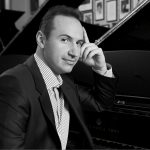 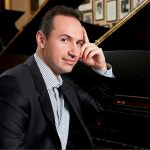